Jack the Ripper wasn’t the first serial killer, and not the worst. It’s even fair to say that in the grand scheme of things, he wasn’t very interesting at all. Yet, he has a place in history, in the Western Popular Consciousness. The why has been analyzed to death. The newspapers and magazines of the time are blamed for this. However, they were merely the messengers. It seems more likely that the hysteria was incited by technology and this particular case just happened to be in the right place at the right time.

I was inspired to think about this after a conversation with a friend concerning the ending to Model Species. He had a quibble about a small detail which need not be mentioned. What did strike me at the time is that he was looking at the situation with very modern eyes. In some ways, I think this is why we regularly fail to understand the world before the autumn of 1888 when the story began to take off.

It is important to understand the environment at the time. Pictures weren’t common in newspapers back then. The process of converting an image into a plate for print was laborious. However, the technology of photography increased the incentive to automate the process of getting pictures into print. When I looked at the Wikipedia article on photojournalism, I was amused to find the following under the history section:

“The practice of illustrating news stories with photographs was made possible by printing and photography innovations that occurred between 1880 and 1897. While newsworthy events were photographed as early as the 1850s, printing presses could only publish from engravings until the 1880s. Early news photographs required that photos be re-interpreted by an engraver before they could be published.”

Numerous graphic pictures published with the first stories on the murders made the events more real, made it stand out in a way that was new. This reaction made the story a hot seller and spawned the world-wide phenomenon. The 125 years since have made us view news in a different way. It has also changed the way we view and prosecute violent crime. A jury is more likely to convict if they can see pictures of what happened to the victim. They feel compelled to act, whether this is to give just desserts to the powerful or to unfairly condemn those more lowly. The world of 1888 was new to this additional information and was transformed by it.

This has been a quick look at how technology can affect a society, but it reminds me of how monumental a task it is to create a fictional world. It makes me regret the lost opportunity to have made Model Species even better. However, it also makes me want to take a sidetrack from our Apothic Man storyline and explore how a newly devised emetanism changes Gaent and Teria’s next murder investigation and the future of Kenos.

1 thought on “Jack the Ripper, Canary in the Coalmine”

This site uses Akismet to reduce spam. Learn how your comment data is processed.

The Blog of Eric Nabity

In which the author will muse over and pick apart various aspects of science, technology and economics and how these subjects are treated in fiction. 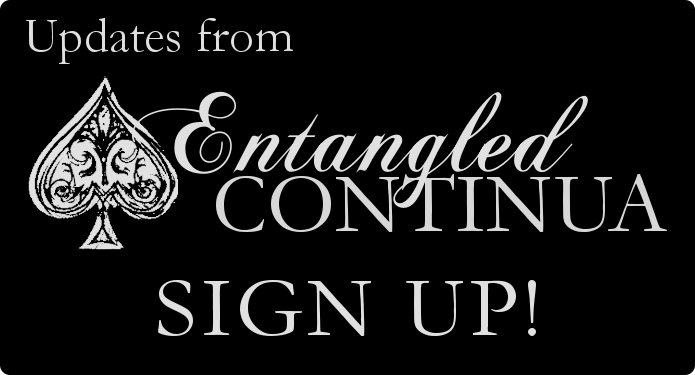 Click on the covers for more information about novels and collections from Eric Nabity and Katherine Nabity.